My judging ‘slot’ was 3pm – 5pm. I was beginning to think they had forgotten, got lost, got fed up and gone  home. But no! At 4.57pm an SUV parked up outside and in they came with clipboards, cameras and rather tired faces which, thankfully, lit up when they began to inspect the garden. I rushed out to meet them and offered them tea but this was politely but firmly refused. I was clearly not going to be able to accompany them and ‘explain’ the garden. They spoke in hushed tones, busily photographing everything and writing copious notes.

Suddenly, half way around the front garden, the mood changed and I was invited to join them to offer the names of cultivars of agapanthus, dwarf sweet peas, penstemons and lilies. Ah! I thought, this is the Botanical Latin memory test! Thankfully, I could remember them all so this must have scored a few points. I then realised that two judges had disappeared into the back garden without me noticing. By the time I got there they had their heads stuck in my compost heaps which they found ‘very impressive’ as one of them put it! Mind you, I do have six of them which is a bit extreme even by Monty Don standards. 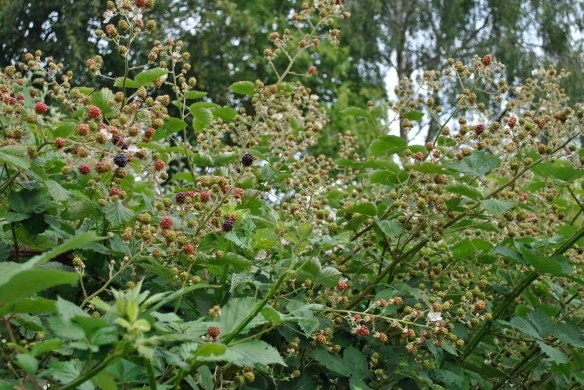 I was trying to impress them with my impending prolific blackberry harvest when they decided it was time to go. It had been a long day…for all of us. They had inspected 40 front and rear gardens at 29 addresses and were obviously tired and ‘gardened out’. I was up at 6 am, had breakfast, walked the dogs, cut the grass and checked every inch of the garden for weeds, dead heads and seed heads. I had swept, watered, pruned, preened and plumped. My darling wife Cathy (the under-gardener!) had filled yet another two trugs with detritus. Between us we were satisfied that no-one could have tried harder or done more to present their garden any better. 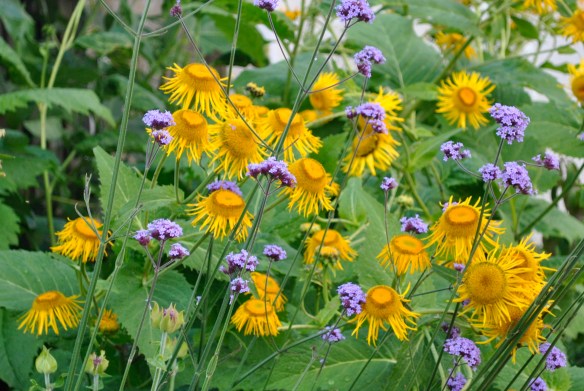 Before they left I gathered that the decision would be communicated at an award ceremony on 17 July which we duly agreed to attend! They sat outside in the car for ages, gesticulating and presumably trying to agree where my garden fitted with the 28 others they had seen. Eventually, they drove off. I was exhausted. How stupid! It was only a local ‘Best Kept’ garden competition and yet it meant so much. I had a beer and reflected on what had transpired when suddenly the sky turned black, thunder roared and the Heavens opened. 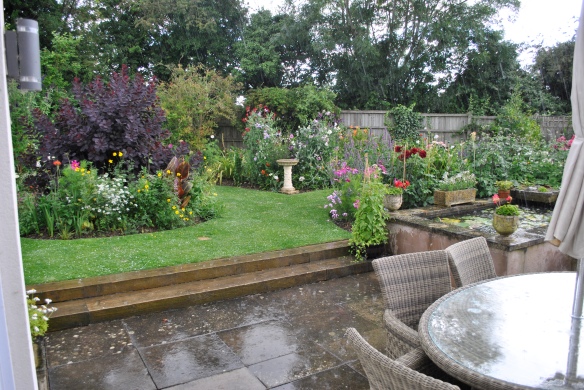 If you look closely you can see the hailstones on the lawn. In July! Was this retribution for my pride, my selfish desire to win, my coveting the trophy? I like to think it was just good timing!

2 thoughts on “They Came, They Saw, They Liked It!”